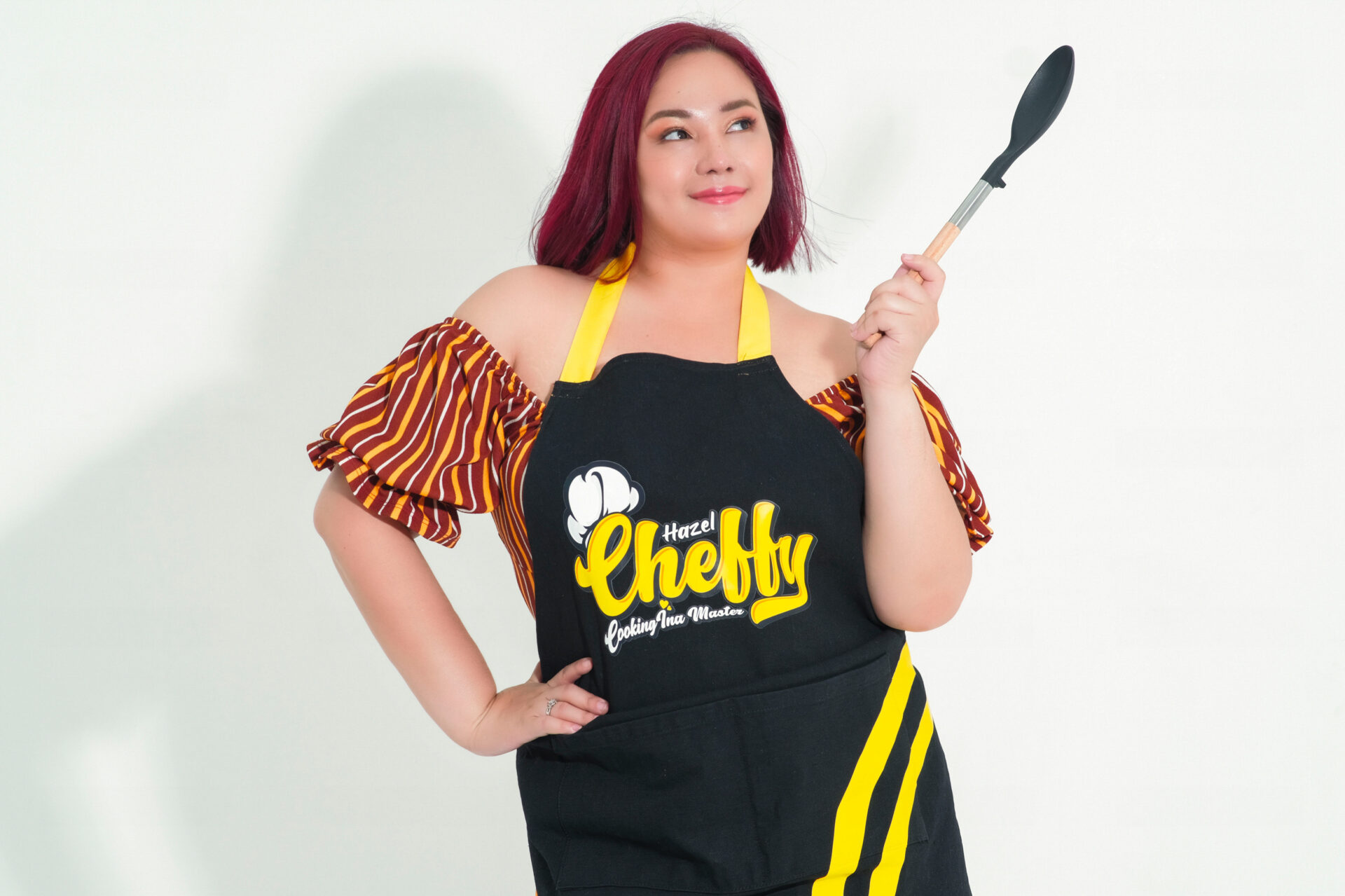 If you’ve ever come across videos of easy-to-make recipes of your favorite Filipino dishes suffused with food-chopping ASMR, random singing, and the occasional Filipino curse word, then you might have landed on the social media pages of HazelCheffy.

Her YouTube channel’s About page describes her content as a collection of ‘balbalan food vlogs’. Her Facebook page describes her as a ‘Cooking Ina’ master. Her supporters call her ‘mars’, ‘mamshie’, ‘chef’, ‘ate Hazel’, and everything in between. She is Rezie Hazel Añonuevo, and we sit down with her as she shares her story – raw, unfiltered, and honest, just as a Cooking Ina should be!

Other influencers and content creators would call their followers pet names or endearments. Being new to the game, HazelCheffy wasn’t sure what to go with.

The Cooking Ina endearment has since evolved from being a video opener (‘Kamusta na mga Cooking Ina!’) to a title she holds dear. She now calls her supporters her ‘Cooking Anak’, and even has a group chat where she engages with them. She also replies to comments, and sends select followers PR goods as she and her family can’t finish them themselves.

The Cooking Ina name resonates wherever she goes. “Nagpunta ako sa Bataan dahil may shoot kami, at yung isang friend ko nag-organize ng meet & greet. Sobrang daming tao sa coffee shop! Parang nag-promote ng movie ang isang artista, ganong level. Solid yun, grabe! (I went to Bataan for a shoot, and one friend organized a meet & greet. So many people showed up at the coffee shop! It was like a celebrity promoting their movie, it was on that level. It was solid!)”

On becoming an influencer

When asked if she ever expected or dreamed about becoming an influencer, HazelCheffy gives a very passionate ‘no’!

“Dati pa, hilig ko na ang mag-picture ng pagkain kapag kumakain kami sa labas o kapag nagluluto ako. Ipo-post ko sa social media, at nakakatuwa dahil maraming nag-iinteract. Noon pa man, gunagamit ko na yung #HazelCheffy. (Even before, I already liked taking pictures of the food we would eat when we ate out or when I would cook. I’d post it on social media, and what was nice was that many people would interact. When I would post, I’d already use the hashtag #HazelCheffy),” the content creator shares.

Apart from the likes and comments she would get on her food photos, many people would also ask for her recipes after seeing the scrumptious spreads she would prepare for her household. “Sabi ng mga nag-comment, ‘Hazel, ang sarap naman ng mga niluluto mo. May recipe ka ba?’ So from there, naisip ko na pwede kong i-share ang recipe through vlogging. Nagsimula ako noong 2019. Sakto, nag-pandemic at lahat ng tao nahilig sa TikTok. Doon ko pinost yung niluto ko, tapos — boom! (Some of the comments would say ‘Hazel, that looks good! Do you have a recipe?’ So from there, I thought I could share the recipes through vlogging. I started in 2019. Then the pandemic broke out and everyone started using TikTok. I posted my cooking videos, then — boom!).”

This was the beginning of Chef Hazel’s steady rise to virality and influencer-hood.

Back to her roots

Of course, HazelCheffy doesn’t forget her roots. If anything, she attributes a lot of her childhood and beginnings to who she’s become today.

She goes on to share that her original dream was to become a chef on a cruise ship and earn big doing it. Clearly, fate had other plans!

“Merong carinderia ang lola ko noong bata pa kami, kaya na-expose ako sa iba’t-ibang pagkain. Naaalala ko noong 7 or 8 years old ako, mahilig na akong mangialam sa kusina kung nasaan ang lola ko. (My grandmother had an eatery when I was younger, so that’s how I was exposed to a wealth of food. I remember being 7 or 8 years old, that’s when I started tinkering in the kitchen, following my grandmother.)

And fast forward to her schooling days…

In Chef Hazel’s quest to find her true career calling, she landed a job as a cook at an establishment within an executive village in Metro Manila. “Noong mga panahon na ‘yon, parang wala akong alam na gourmet o sosyal na pagkain. (During that time, I had no idea of what gourmet or ‘sosyal’ food was.)”

So with the help of her ate, a cousin, she decided to learn and level up. “Naisipan ng ate ko na pag-aralin ako sa culinary school. Siya naman yung mas nakakaluwag-luwag noong mga panahon na iyon, so pinautang niya ako para sa tuition fee ko at bayaran ko nalang daw kapag nakaluwag-luwag naman ako (My ate thought of sending me to culinary school. She had money to spare, so she lent me the money for my tuition fee with the agreement that I would pay her back when I had the means),” she shares.

Though a far cry from dentistry or cosmetic surgery, she couldn’t be happier. “Hindi ko akalain na ga-graduate din ako na puti din ang uniform ko. (I didn’t think that I’d graduate with a white uniform, too),” she says fondly, reminiscing coming full circle with a big smile on her face.

And coming full circle seems to be a trend throughout Chef Hazel’s entire career.

These work experiences, however, were exactly that: just experiences. She’d amassed enough knowledge and experience in the field, but it felt like she wasn’t where she was meant to be.

“Gusto ko talagang tuparin yung pangarap ko… Nag-resign ako sa work ko at nag-negosyo ako. Una, nag-tayo ako ng carinderia. (I really wanted to fulfill my dreams. I resigned from work and I started a business. First, I put up my own eatery).” As an homage to her beloved grandmother who had exposed her to the exciting world of food, Chef Hazel’s first-ever business venture was, naturally, food-related. But as fate would have it, that first venture went sour fast.

“Wala pang 3 months nalugi na ako (Not 3 months in and I already sustained business losses),” she recalls. “Gusto kong ma-depress, pero wala akong chance. Mas kailangang isipan ng solusyon lalo’t wala akong trabaho. Sabi ko sa sarili ko, kaya ko ‘to! (I wanted to give in to depression, but I didn’t have a chance. The need to find a solution outweighed it, especially since I didn’t have a job. I told myself that I could do it!)”

And find a solution, she did.

“Naki-puwesto ako sa ibang carinderia para makapagtinda ng barbeque sa kalye. Nag-benta din ako ng puto bumbong, atsara, at embutido. Awa ng Diyos, nandito na ako! (I asked to use some space in another eatery so I could sell barbecue on the sidewalk. I also sold puto bumbong, atsara, and embutido. By God’s grace, here I am!).” Indeed, even during the pandemic, on top of her vlogging, Chef Hazel also founded another business. Along with her daughter, she started to make her signature Crispy Liempo Kare-kare and offered it up for delivery. “Nagulat ako dahil sobrang daming nag-order, kaya pinagpatuloy namin ang pagbebenta online hanggang nadagdagan ng nadagdagan ang mga pagkain na binebenta ko (I was surprised because so many people ordered, so we continued to sell it online until I added more and more food to the menu.)”

The kare-kare that started it all

Her 3-Ways videos on YouTube and TikTok usually amass the most views. As of writing, the kare-kare video has a total of almost 30k views across all her social media platforms. People have called it ‘masarap’, ‘kabog’, ‘kakaiba’, ‘lodi’, and ‘signature’.

Here’s a quick overview of the 3 ways the kare-kare was cooked, according to Chef Hazel herself:

From her social media name, to each of her videos, to many important aspects of her entire career to date, HazelCheffy points to one source of success: her family.

Embodying the ‘Ina’ or mother-figure of her online persona was second nature to Hazel, being a mother herself. This, on top of the support her own family has shown her, is how she knows how good food affects good family dynamics.

Creating useful, funny, and relatable content with tongue-in-cheek captions and genuine Filipino culture is one thing HazelCheffy believes she’s genuinely good at. Her content has proven to be a catalyst for bringing people together, online and off, while on the phone or while around the dinner table.

And what is next for HazelCheffy after just 3 years of content creation stardom?

“Magkakaroon ako ng merchandise. Excited na ako sa ila-launch kong paandar! Gusto kong maramdaman ng followers ko yung presensya ko. (I will have merchandise. I’m excited for the ‘paandar’ or gimmick that I will launch! With the merch, I really want my followers to feel my presence.)

And if YOU, dear reader, want to ‘move HazelCheffy’s glass’, too, you can follow her on social media! 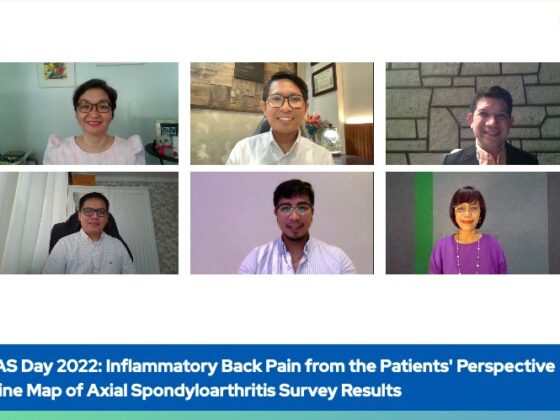 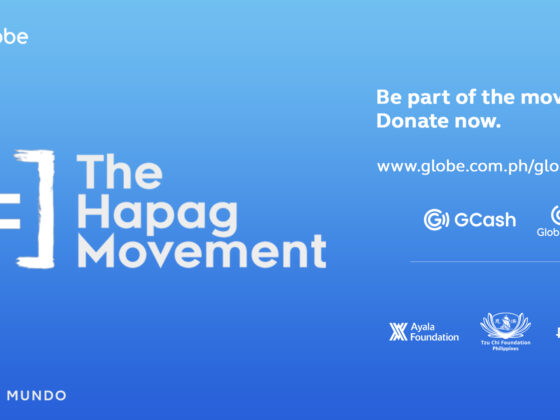